Jack Heegeman lived the majority of his life in Europe, yet he always felt connected to his roots in Racine, Wisconsin. He wanted to be sure that he gave back to those who helped him and his family when he was young. Jack grew up with a brother and four sisters in Racine. His parents felt it was very important that their children receive a Catholic education, but they just didn’t have the money. The Sisters at Sacred Heart Catholic Grade School took Jack, his brother and sisters into the school and gave them that education anyway. Jack never forgot that.

After graduating from William Horlick High School in Racine, Jack was drafted by the Army. He spent 2 and a half years overseas during the invasion of France and was there on D-Day, June 6, 1944.

After spending some time back home in Racine, Jack enlisted in the Air Force in 1955. He was in Germany at the end of 1964 where he met and married Hildegard. He was stationed in Vietnam for a year and then asked to go back to Germany where he retired on January 1, 1973. During his time in the service and while stationed in Germany, Jack and Hildegard traveled extensively throughout Europe.

Jack always had an interest in the stock market. When they retired, he and Hildegard bought a house and a car and used the remaining money to invest in the market. It paid off. The compassion of the Sisters at Sacred Heart had come full circle. They loaned that compassion to Jack, and he has paid it back with generous interest. Better still, he has found a way to keep paying it back even beyond his own life by establishing a donor advised fund with The Catholic Community Foundation.

By establishing the John C. (Jack) and Hildegard A. Heegeman Scholarship Fund, Jack and Hildegard’s support will go on forever. Their fund will continue to provide scholarship support for many children in the Racine grade school and high schools, and even help some students realize their dream of a college education. 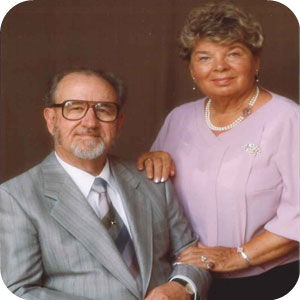 Call Mary Ellen Markowski to ask about starting a fund: